This past summer I was surprised to see my sons take on a new interest.... Baking.

Huh???  What's this about?
Well, turns out, Ryan, my 18 year old, didn't suddenly fall in love with pastry. He was on a mission.  For the last 3 years, he has spent his summers as a lifeguard.  Actually, three of my kids are lifeguards...my big idea...sort of the "give a man a fish, he'll eat for a day" "pay for lifeguard training, they will work every summer" proverbial wisdom....Anyway, back to the baking...

In order to get a shift covered in the event one of them needed a day off, the lifeguards started bribing one another with cookies and banana bread.
Well, what we discovered is that Ryan is a fantastic cookie baker!  What really amazed me was how fast he got at it.  He could whip up a batch, mixed, baked, and packed in less than an hour.  His clean up left a little to be desired but not too shabby for a teenager about to head off to college. 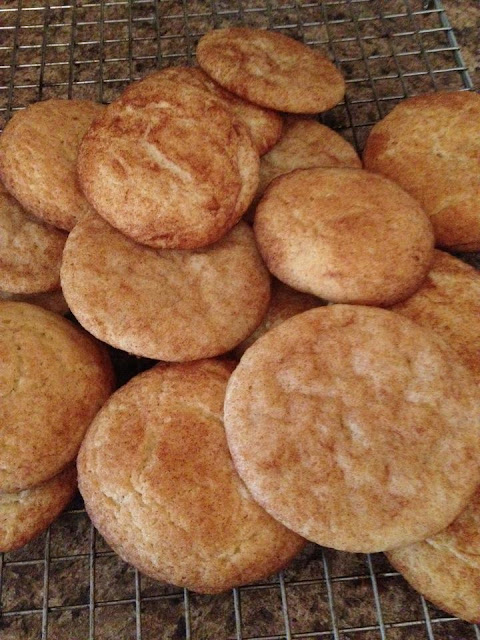 Then there's Daniel our youngest son.  He's 10 years old and has always had an interest in cooking.  But this summer he didn't wait around for me to help him or give him lessons.  He just got right to it, dug out a recipe, gathered his ingredients and before I knew it, he was half way to done.
So these past few months he became quite proficient making omelets, snickerdoodles, peach cobbler, and yesterday...CHERRY PIE!!!
Yep! He made the crust from my Grandmother's recipe, Never Fail Pie Crust and we used some canned cherry and blueberry pie filling I had on hand.  By the way, it took 3 cans to make one pie! He made the crust all by himself, then with a little help from Mom, he insisted we 'weave' the top.
He cut the strips with a pie cutting wheel and I helped him place them on top and pinch the edges.
It came out beautiful!!
I am really proud of both of these boys!  I have learned so much from my kids, mostly that if I simply say 'yes' they can do just about anything and a lot of it with very little help.
New Wisdom...Don't worry about the mess, and just say yes! 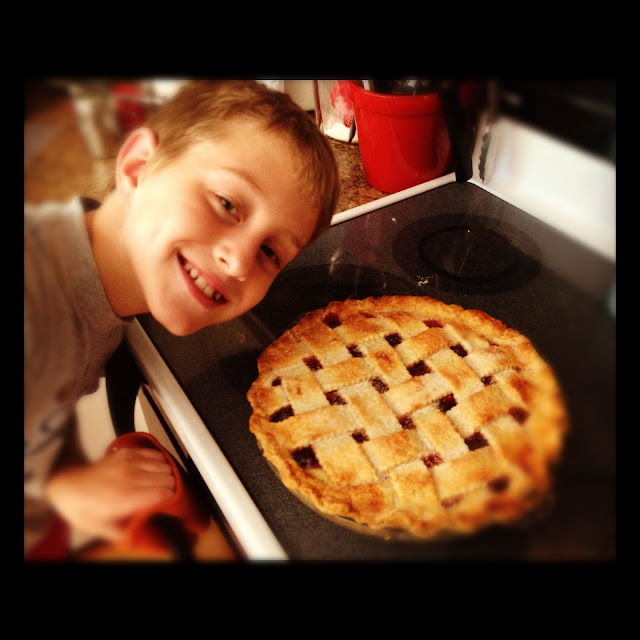 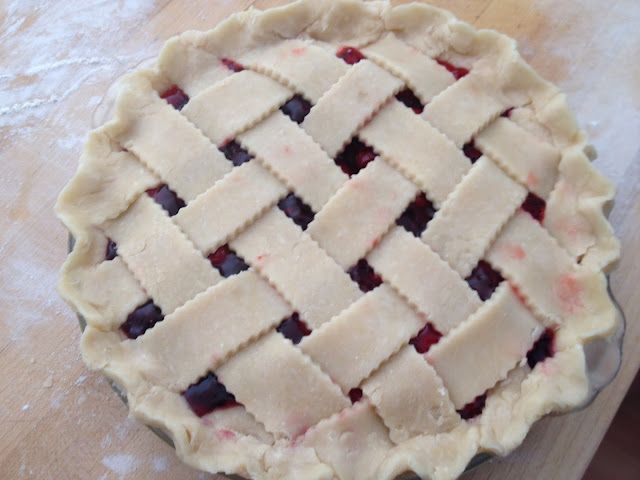 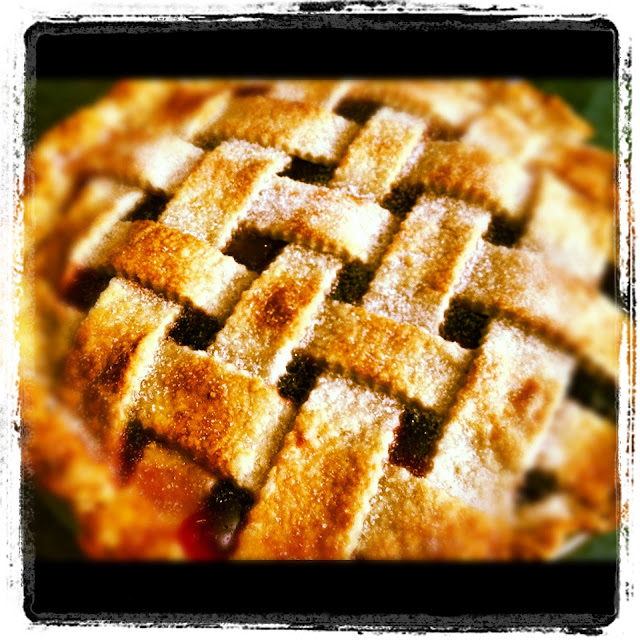